-bZ- Member
In addition to making unlocks for vehicles available, it looks like they are taking even more ideas from Project Reality. Maybe this will be a pretty good game after all.

As you can see in our Caspian Border gameplay trailer, the skies in Battlefield 3 will be filled not only with helicopters, but with roaring fighter and attack jets as well. No matter if you want to transport your troops quickly to the current hot spot on the battlefield, if you want to engage in high G dogfights, or take out enemy tanks with laser guided missiles – there’s a flying vehicle in Battlefield 3 that lets you do the job in style.With over 20 drivable vehicles in multiplayer spread over 12 classes, you will find your personal favorite whether you prefer to fly above the battlefield or stay on solid ground. Some of the vehicle classes include armored transports, infantry fighting vehicles, main battle tanks, scout helicopters, attack helicopters, fighter jets, and attack jets. Whatever your choice, we let you fine tune almost every vehicle in Battlefield 3 to fit your play style, the current map, and the current situation.

Vehicle customization is much bigger, deeper, and more tactical in nature than in previous Battlefield games. With over 80 unlockable specialization upgrades spread over the different vehicle classes, there is plenty of room for you to tailor your rides to fit your needs. Each customizable vehicle class has three unlock slots: one secondary weapon slot, one gadget slot, and one upgrade slot. By playing a vehicle class and getting kills with it, you gradually unlock more specializations for that particular vehicle class.

Vehicle customization in Battlefield 3 is just as deep and tactical as the weapon customization showcased here on the blog last week. For every choice you make in vehicle customization, you are effectively gearing up for a specific combat role and leaving something else out. In the Russian fighter jet, do you go with anti-air missiles to dogfight enemy air targets, or would you rather mount a handful of laser guided air to ground missiles as your secondary weapon to harass opposing tanks? Do you equip it with IR flares to avoid missiles, or would you rather take your chances with the fire extinguisher in case you get hit?

Our most dynamic vehicle warfare ever

We are making sure vehicle warfare in Battlefield 3 is even more dynamic than before. That’s why we are introducing two new tactical gameplay concepts affecting how vehicle damage and repairs are handled.

Imagine that your tank is hit by an RPG in Battlefield 3. As the first warnings go off, this is your time as Commander of the tank to assess the danger of the situation – do you push on towards your goal regardless, or do you abort and take evasive action? If you back up and take cover, you give yourself a chance to let the vehicle armor recover, just like your soldier heals up when going into cover.

This is a new feature in Battlefield 3 where lightly damaged vehicles recover their armor after a set amount of time (if kept away from enemy fire). Instead of promoting a gung-ho attitude at all times, this means that the driver who keeps his cool and adapts to any given situation will also be able to keep his vehicle in working order for longer. It is basically our way of giving smart non-Engineers a fighting chance to keep his vehicle in the battle.

Past a certain damage threshold, vehicles will not recover armor. And with heavy damage comes the horrifying and adrenaline-inducing experience of having one’s vehicle disabled. In the case of the tank, it would slow to a crawl. Fire and smoke would signal that it is in dire need of manual repairs, and that it is only a matter of time before it explodes. But here’s the beauty of the new system: Its weapons will still be functioning, turning this into a high risk situation that can play out in a number of ways.

-- Battlefield 2 was the first game I worked on at DICE as a designer, so finally building the vehicles for the sequel is very exciting! I think the ability to kit out your favorite vehicle depending on the situation combined with the new dynamics we’ve added to vehicle damage and repairs makes for a lot of interesting choices for players.

In our daily playtests here at DICE, you will often find a disabled tank in the field with Engineers scrambling to repair it, while its crew is still operating the main cannon and auxiliary machine gun to keep enemy forces at bay. If repairs go well, the tank gets back to full working order and the crew has narrowly escaped a disaster. If not, at least they had a fighting chance, while the disabled vehicle itself made a tempting target leading to more intense multiplayer action.
Click to expand...

Just because they are implementing ideas from PR this will be a good game after all. lolz, Ok. Thankz GODZ, I was thinking this game is gonna suck if they dont leach ideas off PR. :roll: :roll: :roll:
H

-bZ- Member
I can't wait for our infantry only server :mrgreen: 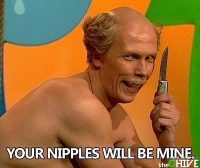 -bZ- Member
I figure if they take some good ideas off of a great game, it has potential.

Vehicles that take damage and actually slow down and act damaged = awesome. Changes the way you play.

Or perhaps they should take their cues from MW3 and throw some nukes in there just for the hell of it, cuz' that would happen.

i hope not, i'm allergic to nukes

They put nukes in game, That would just over promote Hackers. Kill game imo...

HILLBILLY said:
I can't wait for our infantry only server :mrgreen:
Click to expand...

I think that DICE/EA should give us more options in the server settings to make the server how we want it (which regrettably I know won't happen). Servers can get really lop-sided in a hurry and the gameplay gets effected horribly. Nothing worse than getting into a server with 15 snipers on one side and not being able to leave the main uncap. We've been through this with every game that we have played together, we know what it takes to make a successful server...


Bon3z said:
They put nukes in game, That would just over promote Hackers. Kill game imo...
Click to expand...

I somehow find my self agreeing with bon3z oddly, its kinda like the commander hack in BF2... But, at the same time, we know exactly what hackers look like and what they can do, it is our job to swiftly ban them, even suspicious ones... They kill servers and make us look like we do not know how to run a server, which is why everyone should carry that banstick and use it, we can always sort out a questionable ban and remove it if we have to.

I have good feeling that BF3 will be the game of games, although we will never have the same feeling as when BF2 came out and brought us all together (there are still people that compare every game to BF2 :wink: ). There is always going to be something someone is going to bitch about (I am no exception), that is a given, but sometimes we just have to accept that as a player. I've played and done alot of things that I haven't wanted to because of some stupid rule or setting or because the majority wanted something someway, but I still do it just to play with my friends or the chance of making new friends. Even if we don't get all the tools that we need to build a great server to play in (server wise), we can still make a great home for us to play in and have a shit load of fun and laughs in (player wise)...

Rem, I think you hit the nail on the fucking head with that one.....Couldnt agree more. 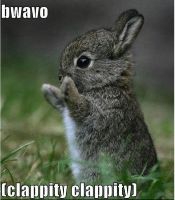 -bZ- Member
I think rem wrote more words in that one post than he has in the entire forum.

-bZ- Member
where the fuck am i :x

spartan680 said:
im not a nigger sorry
Click to expand...

-bZ- Member
nah man none of that is me brah