I'm kinda new around the community, but a long time DayZ player. I'm 29 years old and work as an Network Administrator/IT Consultant. I've been playing games all my life and have been in and run various clans, guilds, and communities since I was 13 years old.

I've competed locally and worldwide in games such as Quake, Quake Team Fortress, Day Of Defeat, Counter-Strike, Quake 3 Arena, and Team Fortress 2. I'm not bragging, I'm just explaining who I am. Ok, kinda bragging a little...

Anyway, I recently have taken a long break from DayZ. I was previously involved with a private server which I wish not to name and we were then absorbed into the SurviveDayZ mod/community. I was tired of all the drama that came about as well as dealing with a bunch of teenagers, which frankly, is hard for me to do at times. Long story short, I got the hell out of there and now I want to get back into the swing of things.

I started playing on your Lingor (now Chenarus) server about a week ago and have had a great, lag free experience. I hopped on the teamspeak tonight and everyone seemed like people I would get along with.

I'll be a fairly casual player, but I'm a cooperative guy, I usually play neutral, but I defend myself if I have to. You can always ask for my help, you'll get it if I'm able.

-bZ- Member
nice to meet you, enjoy your stay

-bZ- Member
sup
"The truth is, everyone is going to hurt you. You just got to find the ones worth suffering for". Bob Marley 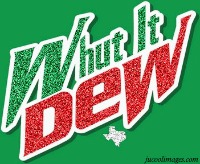 -bZ- Member
Donator
You betta dead him back

Sorry Cuba, but you were going to shoot me.
C

Sturmblast said:
Sorry Cuba, but you were going to shoot me.
Click to expand...