-bZ- Member
I recently was able to get into the beta of Planetside 2.

for those who don't know Planetside is a MMO FPS game on a massive scale where three factions (Terran Republic[TR], New Conglomerate[NC], and Vanu Sovereignty[VS]) vie for control of the planet Auraxis. Currently in the Beta there are two continents Indar and Esamir. Continents are large areas of play containing several Facilities, a single continent can hold 2000 players. Esamir is the smaller of the two continents and the size of it is 4km x 4km and Indar is 5km x 5km. 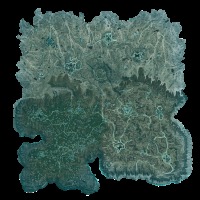 To gain resources to build tanks you need to control facilities on the map. Facilities, also known as Bases, are the biggest capture points on hexes. In order to capture a base, an empire must capture and hold the multiple control points that are located on the inside and the outside of the facility itself, until their empires domination meter is full. Once that empire's meter is full, that empire owns that facility. The defending empire's domination meter, for obvious reasons, increases faster than the attackers. capturing these Facilities are not an easy task and one person cannot capture a base by themselves. Below is some gameplay for me and 2 platoons capturing Palos Solar Array on Esamir. As you can see I played mostly as an Engineer but as one point I stop at the Sunderer(if certed can be a mobile spawn and resupply point) and purchase a MAX suit. (I apologize there is no sound we were having the meeting at the time I recorded this)

Planetside 2 uses a class system for character progression and abilities. Each class has their own certification tree, and all can pursue the Squad Leader certification. Some weapons and abilities are only available to specific classes. Each class can carry a primary weapon, a secondary weapon, a tool, and has access to class-specific explosives. In Planetside 2 there are 6 infantry classes.

Infiltrator-is the only class with access to sniper rifles and cloaking technology. They have the lowest survivability of any class in open combat, but when used to full effect can eliminate hard targets and capture strategic objectives using either the element of surprise or precision shooting.

Light Assault-is the most mobile of all classes, utilizing jump-jet technology to move around the battlefield with unrivaled speed and agility. They also have a wide array of weaponry and can choose from the largest selection of explosives.

Combat Medic-is the only class with access to healing grenades and field rebirth technology, Combat Medics are responsible not only for their own lives, but the lives of their squadmates as well. With access to a versatile range of weapons and grenades, Combat Medics function as ideal squad members and flexible all-around soldiers.

Engineer-is one of the most versatile classes, with access not only to several weapons, but specialized explosives as well. Using their Advanced Construction Engine, Engineers are able to perform field repairs on friendly mechanical units and deploy anti-infantry or anti-vehicle turrets to strengthen positional defenses.

Heavy Assault-is the only class capable of bringing LMGs and each empire's heavy weapons to bear on the enemy, the Heavy Assault is the backbone of any fighting force. Thanks to their Reinforced Exo-Suit armor and personal shield system, Heavy Assault troopers have high damage tolerance and a talent for front-line combat.

MAX-Mechanized Assault Exo-Suit (MAX) is the class with the heaviest armor and weaponry, at the cost of reduced versatility and mobility. Capable of equipping one modular weapon on each arm, MAX units bring unrivaled firepower.

Moving from infantry as you saw in my video there are vehicles. Due in part to the scope of PlanetSide 2's open-world gameplay, vehicles play an important role in the game both tactically and in terms of the speed of gameplay. With many shapes and sizes to choose from, including ATVs, troop transports, tanks, and aircraft, players have no shortage of options to help them get into the fight quickly and with formidable firepower at their disposal. Some vehicles are equipped with modular weapon mounts that allow for customization prior to fabrication, enabling a single type of vehicle to fill multiple combat roles when appropriately configured. Many vehicles also have unlockable aesthetic customization options, allowing the player to tailor their vehicle's colors, camouflage pattern, and more to personal taste.

Air and ground vehicles can be acquired by spending resources acquired through kills and objectives at terminals attached to the appropriate (that is, ground or air) vehicle pads. These pads are located at strategic points in and around facilities and can only be used by members of the controlling faction, as enemy-controlled pads will not allow the player to enter the requisition interface. There is a time limit on how often a vehicle can be acquired, but this limit can be lowered through advancement of the Acquisition Timer certification. The timer mechanism helps to diversify encounters on the battlefield and incentivizes players to use good judgment while in control of a vehicle.

Vehicles that fall into the light assault category are typified by speed and maneuverability, functioning as ideal hit-and-run or fast response units. Sacrificing heavy armor plating to achieve this goal, light assault vehicles are much more vulnerable to sustained fire and rely on their high top speeds and small turn radii to harass enemy forces without offering them the chance to retaliate. On the ground, Nanite Systems' Flash All-Terrain Vehicle (ATV) and Lightning light tank constitute light assault vehicles, while the empires' unique fighter aircraft–the Mosquito (TR), Reaver (NC), and Scythe (VS), respectively–fill this crucial role from the air.

What vehicles in this category lack in quickness they make up for in brute strength and survivability. Capable of taking and dishing out higher amounts of damage than lighter options, heavy assault vehicles have the caveat of often requiring both a pilot and one or more gunners in order to reach their full combat potential. While the uniquely designed Prowler (TR), Vanguard (NC), and Magrider (VS) serve each empire as its primary heavy assault unit on the ground, Nanite Systems' offers their three-man Liberator gunship to the common pool for close air support.

Troop transports are the fastest way to mobilize entire squads and deliver them safely to and from the front lines. They commonly feature heavy armor plating, multiple gun ports or mounted weapons to act as defensive countermeasures, and even several utility functions such as field repair terminals and resupply stations. The Galaxy airship, with room for a pilot, 3 gunners, 8 additional passengers, and a light vehicle, defines this class of vehicle from the air while the 12-passenger Sunderer APC offers a similar experience for ground-based operations.

I will be adding more information and posting more videos with sound.
"History is much like an endless waltz. The three beats of war, peace, and revolution continue on forever." ~~ Mariemaia Kushrinada

-bZ- Member
Edited the videos so they can be viewed.

This video is shortly after we captured the point we got over run by an NC Armored and Air Cav.

http://www.youtube.com/watch?v=f8DhYl_SkHU
"History is much like an endless waltz. The three beats of war, peace, and revolution continue on forever." ~~ Mariemaia Kushrinada

-bZ- Member
I will be adding more videos as I do more and more things with in the game.

Alpha, Bravo and Charlie squad were infantry and Delta was Air Force providing Liberator(bomber) and Galaxy(troop transport) support to the infantry squads fighting on the ground.

Mind you gentlemen this was not a clan or a huge group of friends doing this. THIS PLATOON WAS 80% PUBBERS THAT WAS RECRUITED AT TR WARPGATE.

Tonight I am going to take screenshot and explain different aspects of the game (I.E. resources, vehicles aswell as the certifications.)

Also not sure if any of my videos has showed it yet but the game has day/night sequences. I think it is every 20-30 min the sun will set and then rise again giving you an awesome scene to run ops during day,night, morning or dusk.
"History is much like an endless waltz. The three beats of war, peace, and revolution continue on forever." ~~ Mariemaia Kushrinada

Hopefully I will get on tonight and Post the certifications for the vehicles and Leadership Certifications.
"History is much like an endless waltz. The three beats of war, peace, and revolution continue on forever." ~~ Mariemaia Kushrinada

-bZ- Member
Here are the rest of the Certification videos.

http://www.youtube.com/watch?v=gTjNc7os57c
"History is much like an endless waltz. The three beats of war, peace, and revolution continue on forever." ~~ Mariemaia Kushrinada