-bZ- Member
Anyone try or even know anything about this game ????

May be an alternative to dayz ????

Looks like it would be fun to play drunk !!!!

-bZ- Member
I think that goes for just about any game.

-bZ- Member
I'll try just about anything. If you get it, I'll get it. 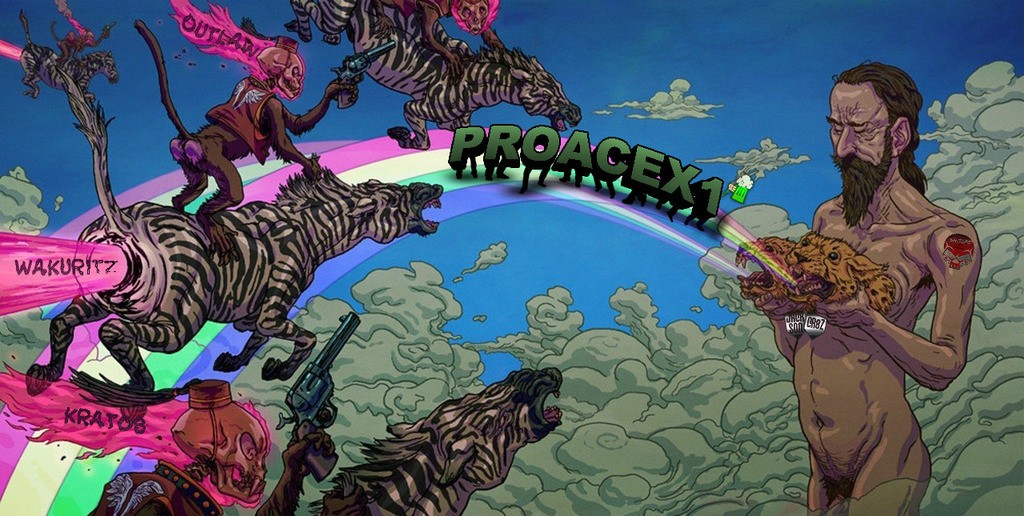 -bZ- Member
Played it for a few today , had a lot of funny moments trying to learn it.  Thank you to Des and Dots for eeeerrryything !!!!!!

-bZ- Member
I have been playing this game quite a bit since I got it and it is really fun for an Alpha. There is always something to do whether it is build a base, gathering materials, chasing airdrops, or even raiding another players base/raiding towns. This game has a lot of potential

Rust started off as a DayZ clone. But then we decided that we are sick of fighting zombies. And can’t compete with the Arma island in terms of landmarks and towns. So it’s in more of a STALKER kind of world where you build your own buildings. This also opens the way up for non zombie enemies, like mutants, wolves and whatever. But your biggest enemy is always going to be other players.

FreedomOne of our main aims with Rust is to not control how people behave directly. For example some people want us to implement something to discourage people killing each other.  Some kind of rating. Or turn killers red to warm you they can’t be trusted.

I hate that. It’s not giving the players freedom. The players should decide how they play the game. You should be fearful of others. That is the whole point. This is a game where the player makes their own story.. and emotion plays into it a lot. If you see another guy in game.. – you’re going to be scared of him at first. But then you sniff around each other and decide to go on an adventure together. You begin to trust each other. That means so much more if you both had the ability to kill the other at any time and didn’t. And you weren’t just doing it for a green +1.

So what’s to stop you from going around killing anyone you want and taking their shit and becoming more powerful? Nothing. What’s stopping it from becoming a PVP killfest? You. Our job should be to give the players the tools they need. If you’re sick of getting killed – start a town. Build town walls. Give all the town members red clothes. Put warning signs up outside the town. Set up trip wires and alarms. Watch each others back.

Our job is to give you the tools to allow you to protect yourself.

What’s stopping someone from dressing up in red, sneaking into your town and stealing form you? Nothing. That’s emergent gameplay. Find a solution. A secret handshake. Traps that the town-people know not to trigger.

What’s to stop one town invading and killing everyone in another town? Nothing. Build stronger defences. Don’t let them get powerful enough to take you down.

PlansWe haven’t planned much beyond bug fixes. It’s time to start getting our own assets in – so we’re going to start looking into player models, clothing, better weapon/tool models.

One of the things I want to do is make it so you start naked, like a caveman. This should reduce PVP – because who wouldn’t run from a naked guy with an axe.

People have asked whether we’re going to be on Steam – or whether there’ll be a downloadable client. Our preference would be to be on Steam – the early release stuff gives me a boner and I’ve already had a taste of Steampipe and love it. But I think it might be a bit too early for that. We’re going to stick with the webplayer for now – because we can update any time we want, it works on multiple platforms (except linux), and it’s easy access.

We’re also asked a lot whether we’re going to let people host their own servers. This is still up in the air. At the moment I’m leaning towards renting servers via a few chosen trusted GSP’s – like battlefield. This is just so that we can have the centralized character stuff – but you could still host your own community server with PVP damage disabled etc. Basically to stop chumps starting a server with some server-side cheat to get a million guns, then taking them into other servers. Either way I don’t think we want to be hosting 100′s of servers.

I also want a 100 foot giant that will come and smash your buildings up – forcing you to work together to take him down. But I’ll have to sneak that past Helk.
"History is much like an endless waltz. The three beats of war, peace, and revolution continue on forever." ~~ Mariemaia Kushrinada

pfft im not reading all that!, you and your life story size statement!

Jackson said:
pfft im not reading all that!, you and your life story size statement!
Click to expand...

glad I wasn't the only one

guy i know loves it, been thinking about it also..

-bZ- Member
I've got it, but haven't played in a while.