Welcome to our community

Be apart of something great, join today!

Please do something to fix the server,

Corporal
just logged into tanoa, spawned me in the ground. i log out and back in tells me i need to choose a spawn point because i m dead. also now when you deploy a tow rope not the game kills you and boots you from the game and when you come back to get your body is no where to be found. where is our admin at now a days. also there are still no spawns on the island where the missions spawn. the boat vendors dont work. and there is no bridge to those island, so if you cant fly then you cant go there to do missions wtf man its been long enough and the people who used to play dont play anymore. please fix atleast one map fully so it is playable or take the servers down fix them so we will not recive bad rep

Sergeant
Having the same kind of issues on Altis. Apparently, the ArmaIII update fucked up Exile, and it's fucked up across the board for Exile servers. That's what I hear. Bigwill had the same exact problem on Altis last night. He would spawn in and his kit got duped. He would ALT-F4, spawn at the same, in-ground location and dupe it again. Jackson came in and deleted the duped kit and allowed will to spawn in fresh. Did it! Then the server reset and Will came back as a fresh spawn again. Will done with Arma.

Nobody has yet answered my question as to whether or not we are paying a 3rd party to help code the servers, but I hope we're not doing that anymore?

I have not seen renzo around, and don't know that he could fix fucked up anyway. What are other Exile servers doing?

Donator
To answer your question, yeah, Exile for the current moment is fucked up beyond fucked up due to all of Arma 3's patches. Nothing I can really do until the Dev's of Exile release quick-fixes for the server. As to the 3rd party, that is still a thing and that's for both servers. 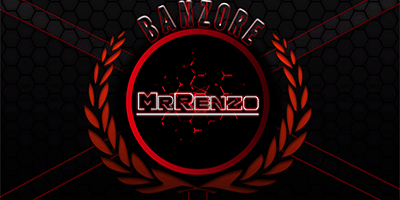 Sergeant
Are we month to month with them? That's a bummer that their business got fucked up beyond their control, but I don't think we're getting what we're paying for.

Sergeant
Is the base game of Arma 3 all borked or is it just Exile? Also, what exactly are we paying this third party for? I'm not in the loop on expenditures.

I'm having this issue now, too. If anybody could look into it, I'd really appreciate it.

Private
Is the server still up?
B

FBMTRAV said:
Is the server still up?
Click to expand...

Apparently the issue comes from getting out of a vehicle and logging off too quickly, it creates a copy of your body. Or something.

Sergeant
The Arma 3 server has been taken down due to recent events involving the removal of it's administrator from BanZore. I am sorry to let you know that we, at this moment, do not have the intentions to put a new server up. If there is interest within the community we can certainly look into it in future, but currently we lack anyone in BanZore eligible or willing to run the server.

Private
Bummer, guess it did have a very annoying bug...had some good traffic for a bit but the dupe issue was its demise

FBMTRAV said:
Bummer, guess it did have a very annoying bug...had some good traffic for a bit but the dupe issue was its demise
Click to expand...

It wouldn't have been such an issue if we had admins who wanted to administer it. Sadly, we don't/didn't and after BF1 came out many of our BF4 players who'd taken up Arma went back to the BF series.

Sergeant
The dupe issue kept a lot of folks off of it. Why spend all that time working on a kit only to have to start over?