What type of game will BF3 be?

-bZ- Member
I have a feeling we will see more of an option to buy kit upgrades and perks versus just unlocking them. More along the lines of the free to play games that have come out, but you have to buy the extra goodies.

Anybody that has played the Battlefield Play4Free game will know what I'm talking about, which I think is about none of you.

Basically, you will be able to buy "packs" or groups of weapons, add-ons and perks, or just buy your stuff a la cart.

In the BF Play4Free model, you earn credits to buy a weapon for a limited time (1 day, 1 week, etc.), but you have to pay cash money to buy a particular weapon with no expiration.

CR8Z said:
Anybody that has played the Battlefield Play4Free game will know what I'm talking about, which I think is about none of you.
Click to expand...

i played with you ya bastard!

on more than one occasion! 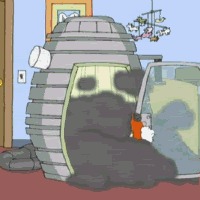 -bZ- Member
Probably to fuck with everyone that pirates the game. Welcome to the future of gaming!

CR8Z said:
Probably to fuck with everyone that pirates the game. Welcome to the future of gaming!
Click to expand...

-bZ- Member
bon3z you know you love me

-bZ- Member
A little update on the multiplayer for BF3

Classes:The Assault Class will be carrying a medic kit and will also be able to revive fallen teammates on the Battlefield with a defib kit.

The Support class can throw out ammunition as well as using an LMG to fight his way through hordes of enemies. The LMG is equipped with a bi-pod that you can fold out when you prone to give you that extra accuracy. Also, if you lay down some of that heavy suppressive fire on an enemy, you could also score some extra points as you’ll blur the enemies vision.

The engineer class is equipped with a submachine-gun with a flashlight that can actually be used to blind people thanks to the great tech provided by the Frostbite 2 engine. This is especially useful in the Operation Metro map due to the narrow spaces and darker areas of the map. The class also comes with a welding tool to repair friendly vehicles as well as an RPG to destroy enemy vehicles.

The Recon class has a semi-automatic sniper rifle and is also equipped with some powerful C4. Those C4 explosions can cause destruction – a Battlefield favorite – anytime, anywhere.

You will never go into battle alone thanks to the powerful new community features of Battlelog. Players can build their platoon, communicate with other gamers, and compare their multiplayer prowess with friends and foes alike. Battlelog is free on all platforms.

Announced Game Modes so far are Conquest, Rush as well as the brand new addition to the BF Franchise which is the Team Death Match Mode.
Click to expand...

HILLBILLY said:
ASSAULT WITH MEDIC , HELL TO THE YES !!!!
Click to expand...

who did you blow over at ea and/or dice?

DONT GO BRINGING ANY TACTICS INTO THIS BITCH !!!